“And about the ninth hour Jesus cried with a loud voice, saying, Eli, Eli, lama sabachthani? that is to say, My God, my God, why hast thou forsaken me?” Matthew 27:46 (KJV)

Most believers probably today identify with what Jesus cried on the cross.

PROVE ME THE LORD SAYS

Since we seem to be in the final stages of Christianity, the Holy Spirit has unctioned me to share my story. Being as busy as I am, I couldn’t get there until I realized that this story is already revealed in my book.  A few years ago I put a woman’s voice to it for my own pleasure. The voice doesn’t work out too well since it can’t read Bible references. I rerecorded the book in my own voice. My next birthday is the 91st and my voice isn’t what it used to be just so you remember.

The original title of the book is “Prove Me The Lord Says..” self published and catalogued the copyright at the Library of Congress in Washington D.C.  in 1994. In 2009 it was published online under a new name: “Taming The Lion”  1 Peter 5:8 by Cephas.

The autobiography written by Rita Williams who founded Cephas Ministry in 1992 is about the challenge that every believer faces when living by biblical principles. Satan has no interest in those who already belong to him. He goes after believers since he wants no one to go to heaven. God revealed Himself to me beyond my wildest expectations since there was no other solution to the problem.

Because of the confusion today  I need to be reminded daily to stand strong. The fight against spiritual warfare is continuous.  Jesus Christ is our only hope today.

I’m not writing this to sell the book. Considering what is going on today, it is information that needs to be public to understand how we come to the faith. It is not as simple as it sounds.

There are 14 chapters, each relating to different subject matter. There will be an introduction to each chapter so a person can choose what he or she wishes to hear about.  I was hoping to list sound files but my provider is maxed out. That turned into something much more exciting. The listeners will be watching God’s beautiful creations while listening to videos.

Most true believers have had an encounter with Christ Jesus which proved to them that God is real. It is a most exciting, exhilarating experience that cannot be contrived. When there is proof one has the obligation to get involved and share that knowledge with others.

Hosea 4:6  “My people are destroyed for lack of knowledge: because thou hast rejected knowledge, I will also reject thee, that thou shalt be no priest to me: seeing thou hast forgotten the law of thy God, I will also forget thy children.”

Jesus warned us in Matthew 7:14  “Because strait is the gate, and narrow is the way, which leadeth unto life, and few there be that find it.” 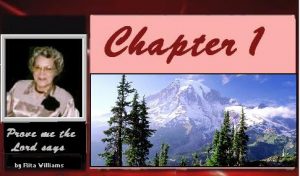 The Rise Of An Adam God. This chapter deals with what it was like to live in the Hitler regime. My parents moved to Germany in 1933 and returned to the U.S. in 1954.  It is a comprehensive view of what it was like. People often wonder why Germans didn’t rise up against him. This reading will answer that question. I became an activist because I didn’t want to see a rerun of what happened in Germany.   Time 39:27m 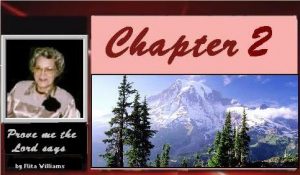 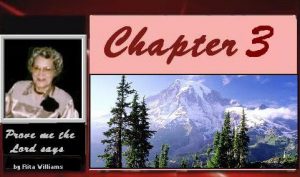 Ye Shall Have Tribulation.  The fallen world was cursed from the beginning, due to Adam and Eve’s disobedience. This chapter shows how God interacts with us in spite of our disobedience when we commit to Him, He never abandons us. God is looking for unconditional love toward each other and God. We have to realize that we have to overcome evil forces with the help of God’s Holy Spirit. This chapter describes how we can discover God in our lives and get to know Him and depend on Him ultimately.           Time: 1:46 hr 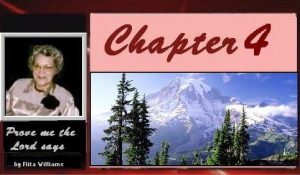 Don’t Follow People’s God. Hermetic teachings involving Astrology, Freemasonry and more became the next trap Satan laid to get me to give up my search for truth. In 1948 is was forbidden worldwide, even though leaders of countries including Hitler were following their supposed glimpses of the future. These and many other teachings cause one to live in an artificial reality. When receiving a reading the person believes it and makes it happen. The astrologer is basically playing god with individuals. This was the era of the birth of feminism in other words women’s liberation movement and many other pagan movements. Time:1:30hr 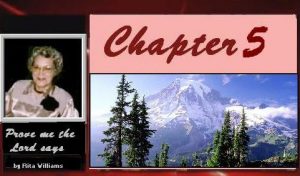 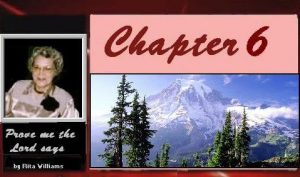 You Refined Us Like Silver. Chapter 7 describes a bit about the new marriage, but revolves mainly about trying to build a future with higher education. It was an amazing process during which I had to learn to rely on God more than ever. When President Reagan took office he changed the way state governments were to function. He privatized the whole system by incorporating each agency within state government. Suddenly we were not considered state employees, which had a major effect on us.                        Time: 48:57m 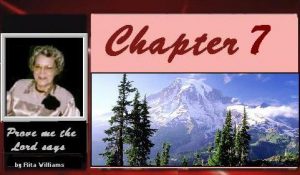 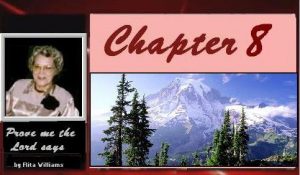 Sheep’s Clothing. I was waiting to join a church that had the KJV biblical truth. I really didn’t think Christians would be lying. The Bible doesn’t call Satan a roaring lion for nothing. Here was another opportunity for Satan to destroy my testimony. Mormon missionaries kept coming to our house. The fourth time I asked them, “why do you keep coming?” They said because the spirit keeps pointing us to your place. They shared  Joseph Smith’s vision that he was to start Christianity over that all the many denominations were wrong. I grew up with the one and only Lutheran church in town.                      Time: 47:26m 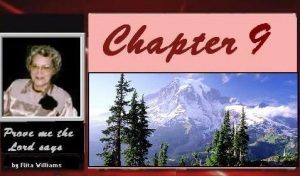 Test the Spirits. This chapter answers the question: “how we got out as a family.” It details how God got it done. Researching the history of Mormonism and understanding who Joseph Smith Jr. the founder of the church, really was. How the Copeland Ministry refused to acknowledge that they had anything to do with it. The Biography of Emma Smith Jr. was the beginning of the end of Mormonism.               Time 1.28 hr 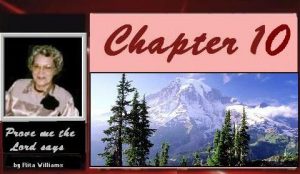 A Struggle Against Evil.  This chapter describes an episode of the est training through my government job. The est training is an offspring of Scientology. It not only describes the training but shares who Werner Erhard was from his autobiography. Thousands of people were processed over the years and what the goal was of the process. In my case what they were trying to do was not completed because I understood what they were doing. People in charge of the Dept. of  Institutions kept it covered up.            Time 1.39 hr 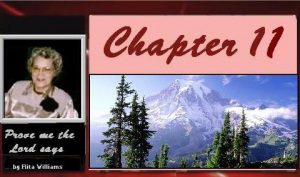 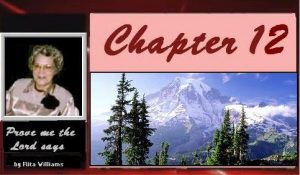 The Mystery Of Iniquity.  This chapter addresses the development of globalism. Since Hitler became too powerful due to the unification he achieved in a very short time, leaders try to use his methods. People want to identify with their leaders to make life meaningful. Without the people Hitler would have been insignificant. Besides Jesus, Hitler was the most written about leader ever. The Tower of Babel is used as an icon by the European Union and it’s significance is discussed. A number of books exposing what government is really about written just before the beginning of Internet Era reveal truth that we need to know today. The quest is to do away with truth. The effect of Freemasonry, the European Union and the Club of Rome have on us reveals the goal that world leaders have and how it relates to the Bible prophecy.              Time 3:15 hrs 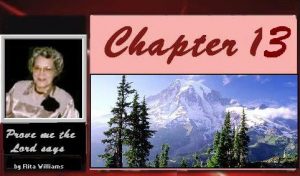 Thou Shalt Not Be Ashamed. This chapter begins with an address to the visitors followed with a discussion about the Rapture and how to make sure a person will be on board. I for one understood the Gospel to be about works when in fact the Gospel is the good news. It is so simple that many miss out due to attending church and teachings that are about works. What many preachers do not teach is that the Old Testament is a history about God’s elect. They were Gentiles who were specifically chosen by God to be subject to God and His priesthood. They were then to live as Israel segregated from Gentiles and to be obedient to God’s demands. This chapter describes the Day of the Lord which includes the Tribulation in detail.  Time 2:22 hrs 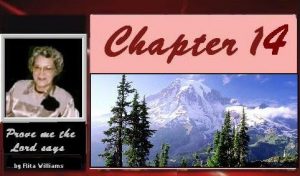 Go Cephas Channel with all the latest videos

Rita Williams descibes what Mormonism is really about 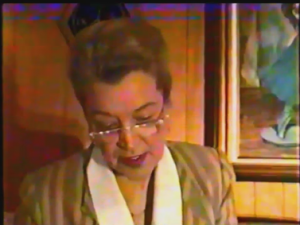 Will YOU overcome the IMAGE of the BEAST (are you sitting down?)

TheThree Heavens. Why Is Nobody Talking About That?

Is Jesus Coming Back to the U.S.?

What Does It Mean To Be Born Again?

Revelation 3:5 He that Overcometh wiill get to Heaven

Why We Need To Read The Bible 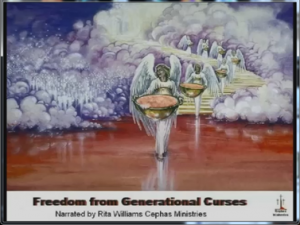